Alpamayo, Peru: A Journey in Discovering the Inca Culture 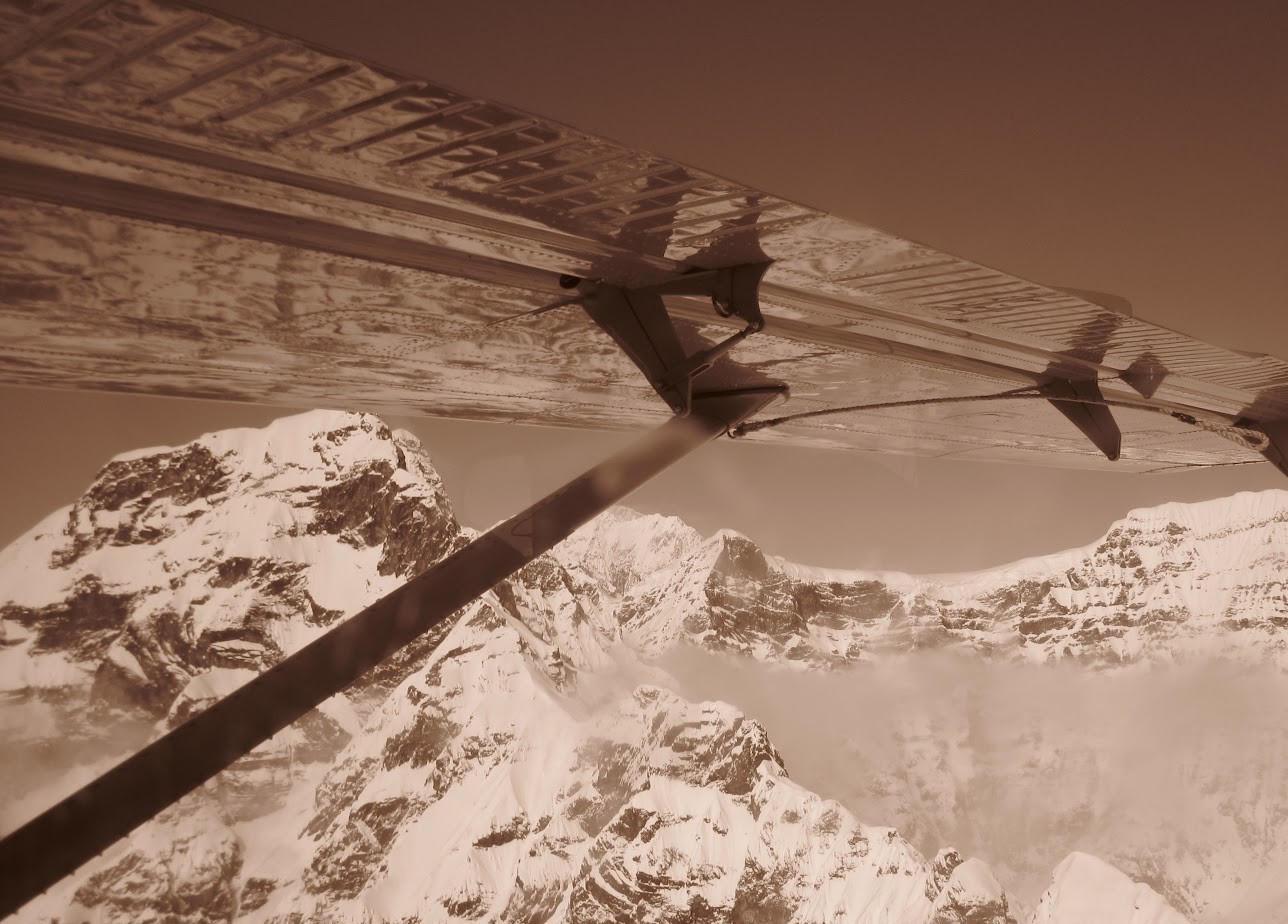 This is the climb you’ve been training for.  We climb the classic Ham and Eggs Coulouir (V, 5.6, AI4) to the summit of one of the most sought after peaks in the Alaska Range – The Moose’s Tooth. The couloir was first climbed by Jon Krakauer, Thomas Davies, and Nate Zinsser in July of 1975.  It took over 20 years for the route to see another ascent, but since that time it’s status as an alpine classic has been cemented.  18 pitches and 2900 feet of climbing take you to the summit of the Moose’s Tooth and some of the best views in the range of Denali, Foraker, Hunter, and Huntington.  This is a one of a kind trip in a stunning location!

This year, seasoned SJMG Andres Marin will be leading our Alaska Expedition. We have interviewed Andres with a series of questions so that you can learn more about this expedition and the guide himself, see below and feel free to learn more about our upcoming expedition!

How many years have you been guiding the AK trip?

AM: Last year was my first time on the moose-tooth route, classic Ham and Eggs Coulouir (V, 5.6, AI4) but I have been guiding in Alaska range for 8 years now.

Why is the AK region so intriguing for both clients and guides alike?

AM: The Alaska region is home to the biggest mountain range in North America – with big mountains and big terrain, Alaska is the place to be. It is the 3rd biggest mountain range in the world! It is an iconic place to be as alot of historic North American mountain climbing has happened there. The spring time is the best weather for Alaska with long days ranging up to 22+ hours! Denali is a sight to see – even if people have no interest in climbing Denali, it is an incredible peak to see in person.

Describe the AK expedition with 3 words. 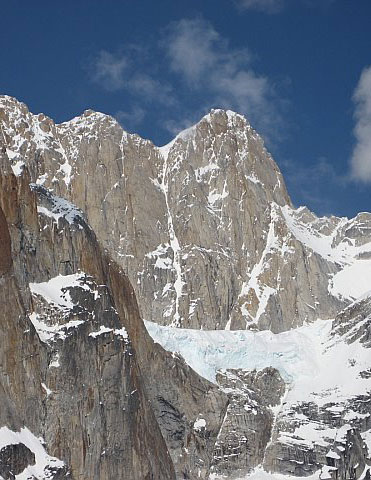 How do the mountain people of Alaska differ from those in Colorado?

AM: Some of the Mountain people from Alaska tend to say they are not part of US- as it is so different from its sister states. They are pretty tough people, in rural areas – some are as tough as it gets. In Alaska, half the year is straight up darkness and a chunk of the year is 23 hours of daylight. Those people are very self-sustained because of the remote parts of Alaska. For example, some must Dehydrator or vacuum seal their food. They hunt, catch fish with the best spinning rod for trout, or harvest their own food and authentically live off the land. The people outside of the city must depend on things such as snowmobiles or airplanes to be mobile. I like to think of them as crafty people.

Are there any local or cultural traditions in that part of Alaska?

AM: There are a lot of Native Americans such as the Alaskan Athabaskan in this part of Northern Alaska. They have their own type of lifestyle, language, and traditions that they depend on.

What skill-set would a client need for the AK trip?

AM: We would recommend a higher level of fitness and some experience ice-climbing WI4/M4. Being Alaska, the terrain and the Moose Tooth in particular, require experience with this ice-climbing specific expedition.

What is particularly interesting about this route?

AM: The Moose Tooth’s Ham and Eggs is a great Introduction for alpine climbing, technical alpine terrain in the mountains. It is a huge route! It is 3,000 feet of technical terrain and the altitude isn’t overbearing as the mountain is 10,000 feet in all.

How do the conditions differ from those in Southwest Colorado? 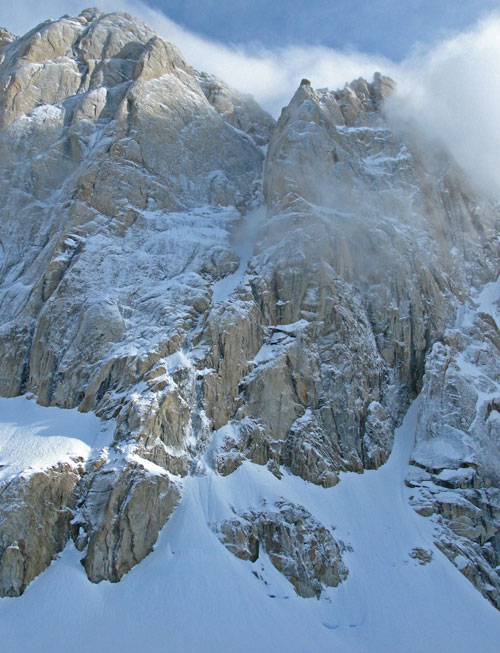 AM: Colder temperatures, experience more like alpine ice. The snow turns into ice there, which doesn’t happen here in Colorado with our 300 days of sunshine. It is a pretty cool experience climbing in this “ice-snow” as it is more faceted. For ice-climbing, this hard pack snow climbs just like ice but it is easy to penetrate. These great couloirs are more obtainable because the snow provides more options.

AM: Just getting to Alaska in itself is memorable! Instead of flying over the mountains you are flying through them. The sunrises and sunsets are different as it is so northern that it will set in the west and few hours later rise in the east. It is unlike anything else.

What is one reason you recommend the Alaska Expedition?

AM: 10 day round trip means it’s a quick trip. Some people don’t have the time off work or life so the Alaska Expedition allows them to do a big climb within a week. Alaska is the shortest expedition trip for one of the biggest climbs in one of the vastest Mountain ranges in the world. 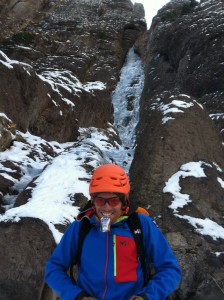 Andres grew up in Ibague, Colombia. His passion for guiding has allowed him to guide in all types of terrains, such as rock, alpine, skiing and high altitude. In 2011 he and his partner received the Mugs Stump Exploratory Grant to go and climb new peaks in the Southern part of Kyrgyzstan on the Kyrgy Chinese border. They were the first American expedition on the range and established two alpine-style first ascents. During the 2011/2012 ice and mixed climbing competition season, Andres stood on the podium in every competition ranking him as a world class mixed and ice climbing competitor. Andres is a AMGA Certified Rock and Alpine Guide with continuous experience.

Have more questions? Always feel free to reach out to our Office here.