Early Season Skiing in the San Juans is On!

Around the middle of October and as the temperatures in the high country start to drift towards the teen’s at night, we start thinking about how ice conditions are shaping up on all the area’s classic backcountry routes. The foundation for a good early season ice year is typically developed in the months of September and early October. (Picture below taken on 10/20/13) The best scenario is one in which we receive an ample amount of rain/snow in those two months – enough to keep water flowing in smaller waterfalls, creeks, and drainages so that once the temps drop the opportunity to freeze and lay down successive layers of ice becomes possible. This freeze/thaw cycle early in the season is an important factor in creating climbable conditions by early November.

Luckily for us we have this exact scenario brewing in the San Juan Mountains this season. In September we received an abnormally high amount of rain, followed by another round of storms in early October that dropped approximately 2 feet of snow or more in most mountain areas throughout the San Juans.

The soil saturation from the September storms combined with the snow from the October storms gives the classic climbs of the area an excellent opportunity to receive full advantage of the freeze thaw cycle this time of year, and temperatures have certainly been colder than average to aid in that process. Temperatures in the teens are predicted in the high country by this weekend and into next week.  Once the temps drop into that range, ice is quick to form in most areas.

Overall, we have an excellent outlook for our backcountry ice conditions this year and I’d predict that most climbs will start to come into condition much earlier than last year – likely about 2 – 3 weeks from now. Ice climbing in the months of November and December are two of the best months of the season, as the majority of the backcountry routes in the area are less threatened by the avalanche problems that we see later in the season. In addition, climbs like the Direct North Face, Campground Couloirs, and Snowblind in South Mineral Creek are more easily accessible given road conditions and the remote nature of the climbs give them a distinctly alpine feel.

So sharpen up your picks, and pull out the cold weather gear. Ice climbing season is almost here and it’s shaping up to be a great one.

Stay tuned to our Ice Climbing Conditions page throughout the winter of 2013/2014 for regular updates on ice conditions in Ouray, Silverton, and Telluride!

Here are a few pictures of a few local ice climbs so that you can get a sense of where we are with ice conditions. All pictures were on October 19th. 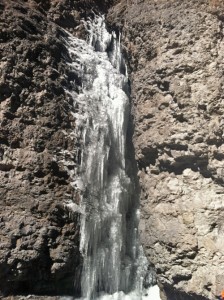 1st pitch of The Skylight 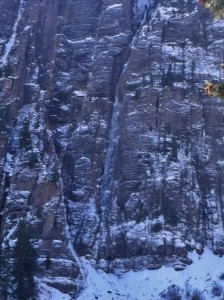 Looking over at The Ribbon 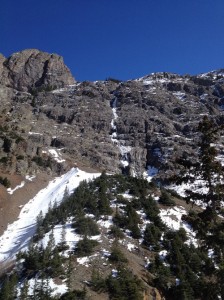 Stairway to Heaven in Silverton 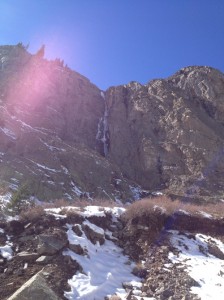 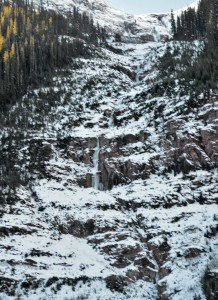 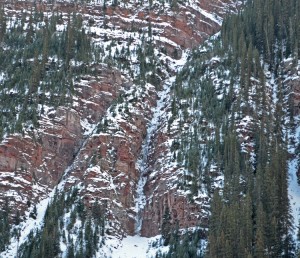 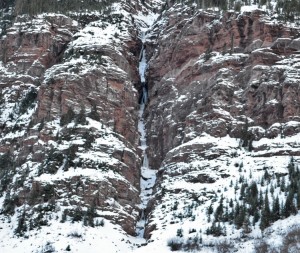 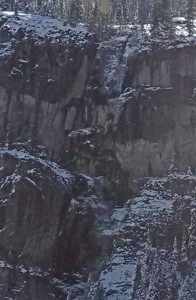 The Talisman in Ouray