Good Times in the Mountains

Gary had been into Chicago Basin back in the 70’s, and had left with unfinished business.  He had climbed Jupiter and Windom but bad weather denied them Eolus and Sunlight.  Since the 70’s Gary has climbed peaks all over the North Cascades.  When he decided to return to the Weminuche to finish the peaks in Chicago Basin, he wanted to make it a combo trip and visit Vestal Basin as well.

We started out the 7 day trip with a day of rock climbing at East Animas in Durango, finishing day one with a two pitch climb called Angel Dust.   Day two we took the train into Elk Park and hiked into Vestal Basin where we were greeted with a great show from two moose.  The next morning we woke early and climbed the amazing Wham Ridge on Vestal Peak.  On the way down from Vestal we decided it was early enough in the day to climb Arrow Peak as well.  The next two days were spent hiking over to Chicago Basin for the second part of the trip.  We decided that it was most efficent to climb all the 14,000′ Chicago basin peaks in one day so again we woke early and climbed Eolus then Sunlight and were at 13,800′ on Windom when the weather started coming in and forced us down.  Not bad for one day!  The final day of this great trip was spent hiking out of Chicago Basin and catching the train to Durango.

Check out some photos below!

On the hike in. Vestal and Arrow in the background. 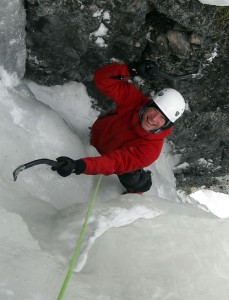 Climbing Arrow Peak with Wham Ridge in the background.

Hiking on the train tracks through the mud slide. 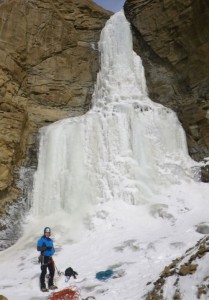