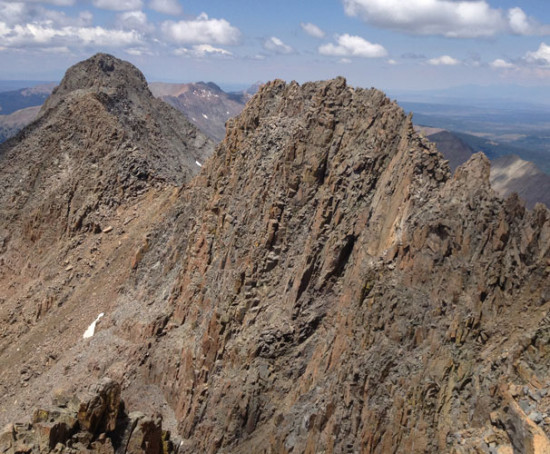 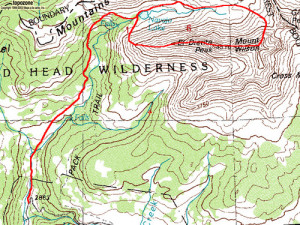 Location: Near Telluride, Co. It is located in the Lizard Head Wilderness of the Uncompahgre National Forest, in the southern San Juan Mountains.  37.83920°N / 107.9908°W

Skill Set: The “Climber’s Traverse” stays on or very close to the crest the whole way.  It offers airy views and lots of 4th class and low 5th class terrain to negotiate.  The “Hiker’s Traverse” takes a lower line on the South side of the crest and reduces the amount of exposure.

Peak Name and Description: Both Mount Wilson/El Diente make up one of the most aesthetic ridge traverses in Colorado.  This long ridges sits over 13,000 ft for its entirety and offers an amazing way to climb both these classic 14ers in one day.  There are 2 variations depending on each climbers skill, exposure acceptance level, and daily conditions. This traverse is one of the Colorado’s “Classic Traverses” which makes it even more appealing for those trying to summit two 14ers in 1 or 2 days.

Mount Wilson | 14,023-foot (4,274 m): Mount Wilson is the highest peak in Dolores County – sometimes it may be confused with the lower peak of called Wilson Peak that sits below it. According to Louie W. Dawson, author of Dawson’s Guide to Climbing Colorado’s Fourteeners, Mount Wilson is ranked among the top ten. The standard climbing route ascends the North Face from Navajo Basin. Some permanent snowfields exist high in the basin (sometimes termed “Navajo Glacier”) and the climb usually involves snow travel.

History: The mountain was named not for President Woodrow Wilson, as some have suggested, but for A.D. Wilson, chief topographer of the U.S. Government’s Hayden Survey of 1873-75 (for whom nearby Wilson Peak was also named). Wilson was one of the foremost geographers and mountaineers of the 19th century. He not only helped to chart the topography of Colorado’s highest mountains, but also made the first ascent of five Colorado 14ers (Uncompahgre, Sneffels, Sunshine, and Mt. Wilson, in 1874 and Handies in 1875.

El Diente: El Diente is not considered its own mountain due to the traverse (in order to be it’s own, it needs to be at least 300 foot rise from the ridge to the next peak) which connects it to Mount Wilson. It definitely has earned it’s name as “El Diente” as the climb to the summit is a bit more committing, which requires technical skills and the possibility of roping up. Many choose to link both Mount Wilson and El Diente via the traverse.

History: El Diente, which is Spanish for the “the tooth,” was named by San Juan mountaineer Dwight Lavender (c. 1911-1934) for its appearance from the south.

Photo provided by 14ers.com – click on image for original source.

“Because the Mountains are calling and You must Go!”

Common Question: Which approach is best suited for the Wilson/El Diente Traverse?

“For our guests who are only doing Mt. Wilson & El Diente, we recommend the Kilpacker Basin approach, as it offers a relatively short backpack to the camping areas, and provides great access to El Diente’s S. Face route and subsequently the traverse over to Mt. Wilson.  Those climbers who would either like to see Navajo Lake, or are combining a climb of Wilson Peak with the other two 14’ers we recommend the Navajo Basin approach.” 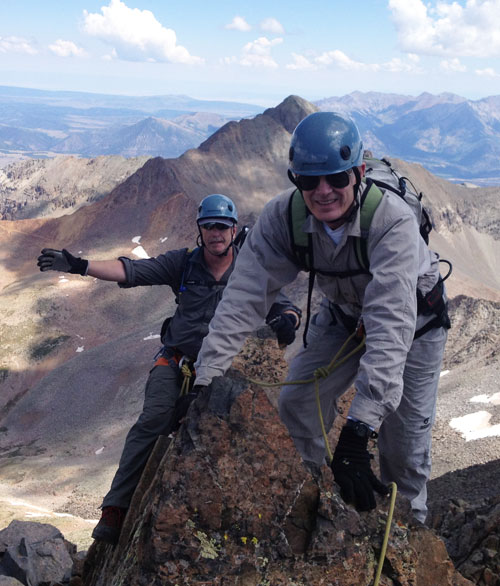