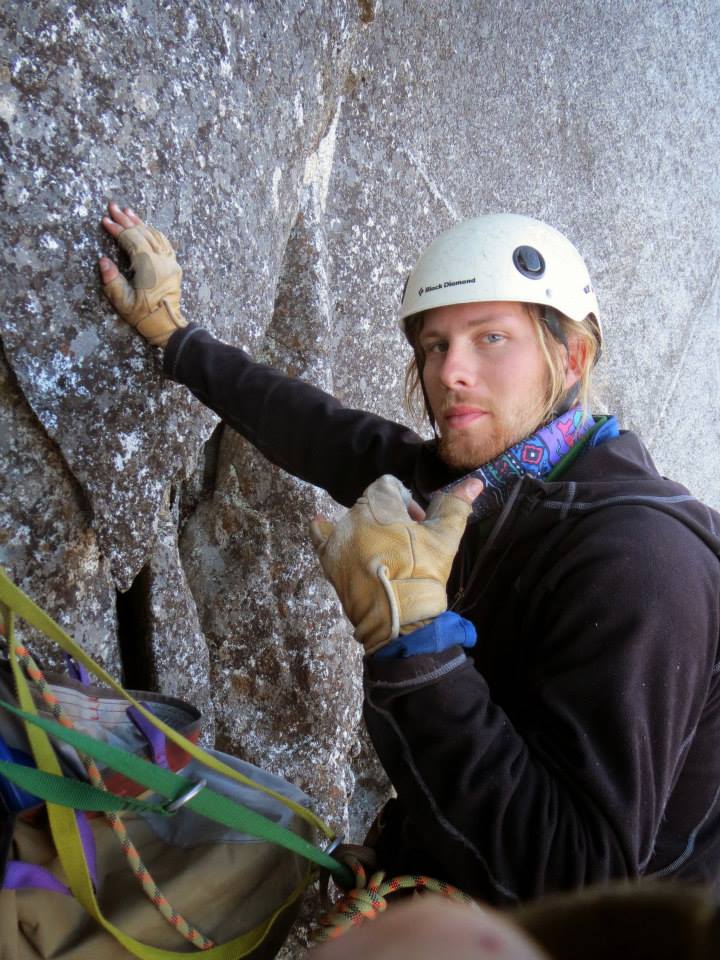 Ryan Riggins is a Durango transplant, originally from Orinda, California. He came to Colorado chasing the “white surf” as he went from a the never-ending Cali summers to the never-ending winters of the San Juans. A Fort Lewis graduate in Marketing, Ryan has been guiding since his Sophomore year in College. Ryan received his SPI instructor certificate with San Juan Mountain Guides and has been with the company since then. This year serves as his first year officially leading trips and we are thrilled to have this “young-gun” on our team!

What is the most rewarding experience of being a guide?

The most rewarding part of being a guide is being the individual that helps people realize a goal or dream using the skills that many of us have spent years developing and giving those skills and additional purpose and meaning.

What’s the best part of guiding in the San Juan Mountains?

The best part of guiding in the San Juans would have to be the accessibility to the backcountry and some of the most aesthetic technical peaks in Colorado. The San Juans offer world class terrain for any sport or season , in addition half the crowds you find in the front range or elsewhere in the United States.

What’s your go-to “On the Trail” snack or meal?

I love garlic beef summer sausage, cheese and crackers. Lots of calories and fat to keep you going in addition it won’t go bad over a couple of days.

Most mountain guides are in the process of getting a college education (me) or have received a degree. We are very educated contributors to society who just love to spend more time in the woods than the average person.

What’s the one thing you want to do when you get back from an extended trip?

Crack a cold beer and enjoy the company of good friends.

Describe a personal EPIC you had prior to guiding with SJMGs. How did it all work out? 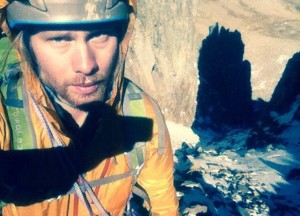 I was climbing in Red Rocks and if you have climbed there before you will know that many will say that the climbing is never the toughest part. In fact descending is where most people run into trouble. My friend Tayrn Pierce and I were no exception to this known trend.

We thought it would be fun to climb Solar Slabs a 5.6 1,200 ft route and make quick work of it. We climbed the route with ease and topped out around 5pm a little later than we wanted although everything was still going just fine. This all came to a screeching halt when unknown to Tayrn and I, we began to descend down the wrong gulley.

The sun was going down and I wanted to at least get down a couple hundred feet before it got totally dark. This did not happen, first the rope got stuck and I had to ascend back up the rope using prusiks and by that point we had been benighted. Luckily we had headlamps and continued down 1,600 feet of dense shrubbery and attempted to route find in the dark knowing the only way to go was down, someway somehow.

We would follow carins through the darkness that ultimately led to massive cliffs with no obvious way of descending . The walls were so tall that we couldn’t even see the ground or develop an image of where we were to orient ourselves and possibly make the descent that much easier. Eventually after countless rappels into the dark abyss we safely made it to the ground 14 ½ hrs later. Luckily the other members of the group had held off on alerting the local authorities and a couple people came looking to see if they could find us or possibly just looking for Tayrn considering she is a very pretty, nice and athletic girl.

So many ask what could you learn from this EPIC, well my take away is to always climb with a pretty girl because if you do go missing someone will always come looking for her and you can just be there to benefit from it.

What’s one thing that the mountains have taught you?

The mountains have a way of teaching you that a plan is never a hundred percent full proof and that to be successful in the mountains you must be adaptable to the situations as they occur in real time.

Check out our upcoming trips as we enjoy the remainder of the summer and head into Fall: http://mtnguide.net/