High and remote Uncompahgre and Wetterhorn stand alone as 14,000 foot sentinels of the Northern San Juan’s.  Having this stature and location in common, the two peaks harbor very different characters in their climbing routes.  Uncompahgre offers a beautiful class 2+ alpine trail hike to an exposed summit.  Resembling it’s Swiss namesake, Wetterhorn sports two classic alpine routes to it’s tiny peak.  The mountaineer will delight in Wetterhorn’s seldom climbed steep and snowy north face followed by a wildly exposed half pitch to the rewarding summit.  Wetterhorn’s standard route is no give-away with a long scrambling ridge finishing with the same final pitch to the summit as the north face route.

The mountains are most easily approached from the south via the engineer pass jeep road, an adventure in itself.  Our three day program takes us into the remote northern san juan’s and up two of colorado’s remote 14’ers.  If time and energy allow it is also possible to bag the “matterhorn” a mini version of its swiss big brother.  In all, the tour through these high alpine basin’s to summits of two legendary peaks is a great option for parties of mixed abilities and those just seeking solitude and beauty in our country’s greatest mountain range. 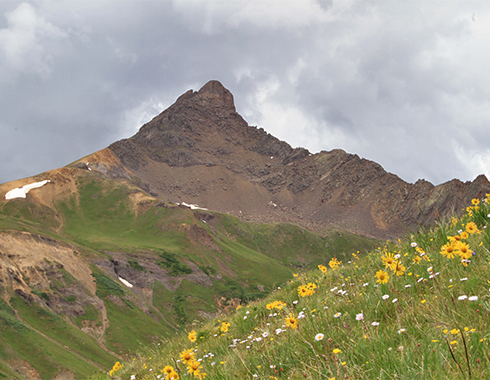 Arrive in Ouray the day before the trip begins and check in to your hotel.  Ideally you would want to arrive in the late morning or early afternoon to help aid in your adjustment to the altitude.

Meet at the San Juan Mountain guides office at 8:00 am to begin a jeep ride over engineer pass to the Matterhorn Creek trailhead.   Arrive at the trailhead for our short hike to camp at timberline.

Up early to climb Wetterhorn followed by Uncompahgre if weather and energy permits.  We should be back in camp relaxing by the early afternoon. Camp out.

Climb Uncompahgre if we missed it the day before, climb the “Matterhorn” if we are interested, or hike out and jeep trail back to Ouray for an early dinner.    Stay in a hotel or depart. 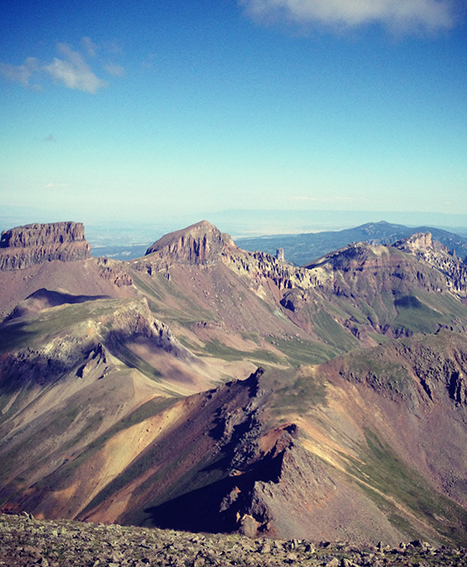 The Wetterhorn & Uncompahgre trip is a strenuous trip conducted at altitudes above 10,000 feet.  Therefore, previous experience hiking in the mountains and/or multi-day backpacking experience will be very helpful to you on this program.  Though the actual climbing level required for this trip is not difficult, the best training regimen would include a mixture of cardiovascular fitness training (running, biking, hiking etc.), and muscular/core fitness exercises.  The addition of some Yoga/stretching exercises will help to insure that you maintain good muscular flexibility as well.

For the Wetterhorn & Uncompahgre trip you should be ready for: 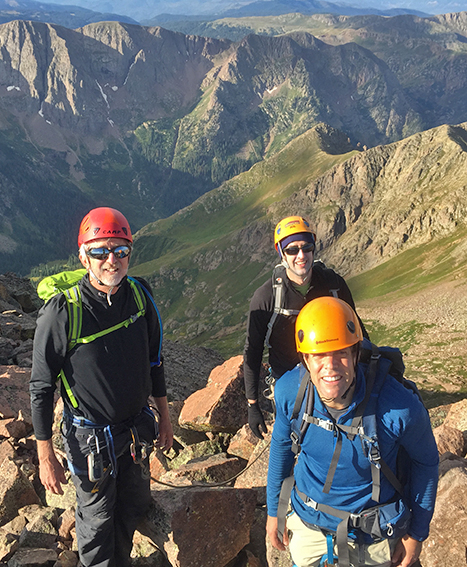 Ouray is located in the SW corner of Colorado, approximately 30 minutes south of Montrose. Known as “The Switzerland of America”, the town of Ouray is a vibrant outdoor oriented community. All local businesses are very friendly to the ice climbers who flock each winter to climb in the Ouray Ice Park and surrounding areas.

The best option for flying to the area is to fly into Montrose, CO. Many airline options exist, and most connections originate from Denver, CO, however, many airlines now offer direct flights into Montrose – especially during the summer and winter months.

It is also possible to fly into Grand Junction, Durango, Telluride, or Denver CO. It may be necessary to rent a car and drive to Ouray if you’d like to fly into one of these airports.

Below are some approximate driving times if you’d like to drive to Ouray. If you plan on renting a car, please consider the winter weather when selecting your vehicle and at a minimum choose something that offers either front wheel or all-wheel drive.

Ouray has a number of great hotels, suites, and vacation rentals for you to stay in while you’re in the area. Give our office a call at 800-642-5389 if you have any questions about what would suit you best for this trip! 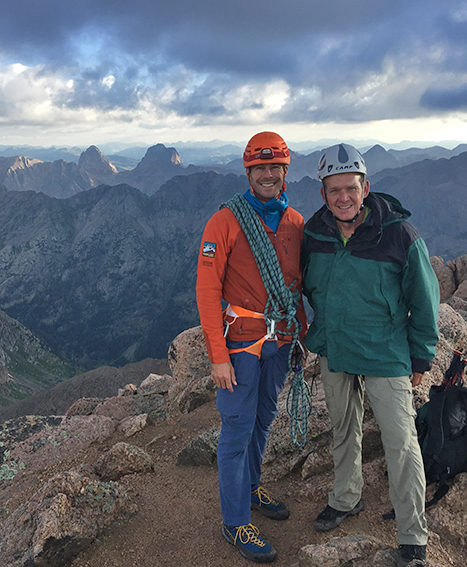