Sitting high on the continental divide, Notchtop Mountain’s name comes from a sharp notch separating the main summit from Notchtop Spire. The Spiral Route and Direct South Ridge both top out on the exposed Notchtop Spire.

The approach to Notchtop begins from Bear Lake and takes the Fern-Odessa trail to Lake Helene, about 3.5 miles. From here a climbers trail contours around the right of the lake before climbing through a series of rock steps to a series of tarns below the Ptarmigan Glacier. The first of these tarns marks the cut off to the base of Notchtop Spire. The approach in total is about 2.5 hours.

Somewhat recently, a rappel route down the west face was established by equipping the belays of Instant Clarification with rap anchors. The addition of the rap anchors allows parties to bypass the upper West Gulley, the descent of which was considered by many to be the least enjoyable part of climbing Notchtop.

The Spiral Route, as it’s name implies, circumnavigates Notchtop to link up a consistently exciting, yet moderate route to the summit. Two or three moderate pitches low on the South buttress give way to the East Meadow. From here, the path of least resistance is a pitch up the headwall below the notch. The route passes through the notch ascending a ramp on the west side of the summit block.

The Direct South Ridge route climbs some of the best rock in the Park. The start is the same as for the Spiral Route, but at the ledge system that cuts right to the East Meadow, parties aiming for the South Ridge will scramble left to gain the prominent arête. From here, about seven pitches of excellent and continuously exposed dihedral and crack climbing deliver you to the summit of Notchtop Spire. 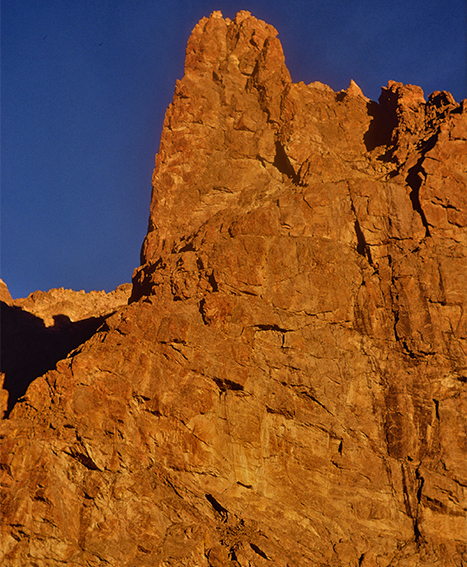 Our climb of Notchtop via either the Spiral Route or the Direct South Ridge begins at 6 am. Your guide will meet you at a pre-arranged location either in Estes Park or at the entrance to Rocky Mountain National Park. From there you will drive to Bear Lake and take the Fern-Odessa trail to Lake Helene. The approach is approximately 3.5 miles and around 2 – 2.5 hours.

This is a wonderful route and not too sustained for its grad. It is a great first-route in Rocky Mountain National Park for someone looking to do a moderate technical climb in the mountains and begin to build a foundation of alpine climbing skills with other future objectives in mind. It involves about 5 pitches of climbing with some 3rd class scrambling.

This is an inspiring and steep line from below, and offers a surprising amount of quality crack climbing. The start is the same as the Spiral Route but instead we will scramble left to gain the prominent arete. Seven pitches of varied technical climbing take you to the summit of this worthy peak and climb! 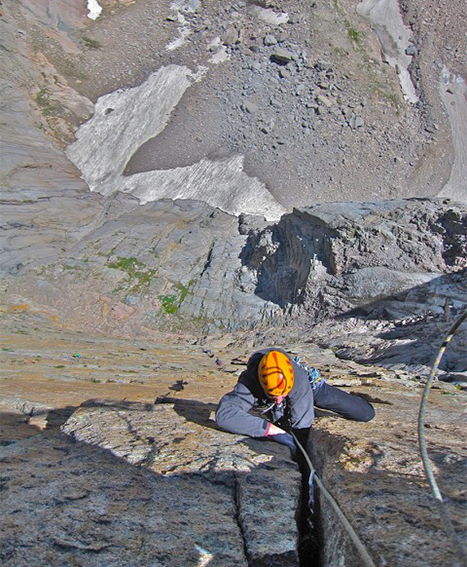 Trips in Rocky Mountain National Park should be considered strenuous.  Therefore, previous experience hiking in the mountains and/or multi-day backpacking experience will be very helpful to you on this program. Though the actual climbing level will very according to your custom itinerary, but the best training regimen would include a mixture of cardiovascular fitness training (running, biking, hiking etc.), and muscular/core fitness exercises. The addition of some Yoga/stretching exercises will help to insure that you maintain good muscular flexibility as well.

For trips in Rocky Mountain National Park you should be ready for: 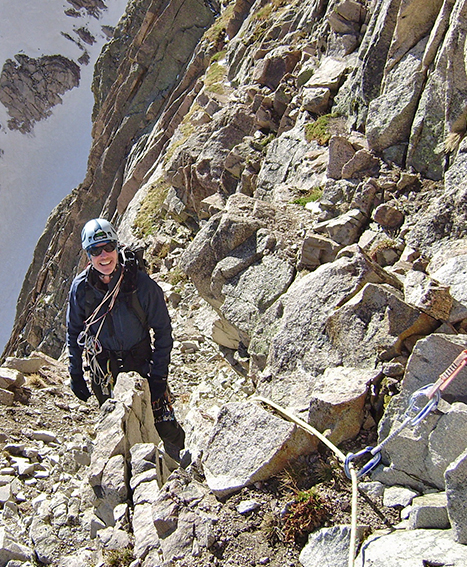 Estes Park, Colorado: Getting There

Estes Park, Colorado is located in the Northeastern part of Colorado and approximately 45 minutes from Boulder. A mecca for climbing, hiking, cycling, and foodies; make sure you plan to spend some time in town before and after your SJMG trip. Estes Park serves as the launching point for all of our climbs in Rocky Mountain National Park.

*If you are planning to combine additional days of climbing in Eldorado Canyon or The Flatirons then Boulder, CO is also a logical place to base your lodging for your trip.

The best option for flying to the area is to fly into Denver, CO. Many airline options exist, and because Denver is a major airline and travel destination there are typically many one-way flights to choose from.

You will likely need a to organize a rental car to drive to Estes Park from Denver. Typically in the summer months you can choose any type of vehicle but in the spring and winter months please consider that weather can change rapidly in the mountains so an All Wheel Drive or Four Wheel Drive vehicle is worth considering. Below are some approximate driving times to get to Estes Park, CO.

Estes Park has a number of great hotels, suites, and vacation rentals for you to stay in while you’re in the area. Give our office a call at 800-642-5389 if you have any questions about what would suit you best for this trip! Below are just a few options catering to different lodging styles and preferences.

Boulder, CO also has a number of great hotels, suites, and vacation rentals for you to stay in while you’re in the area. Give our office a call at 800-642-5389 if you have any questions about what would suit you best for this trip! 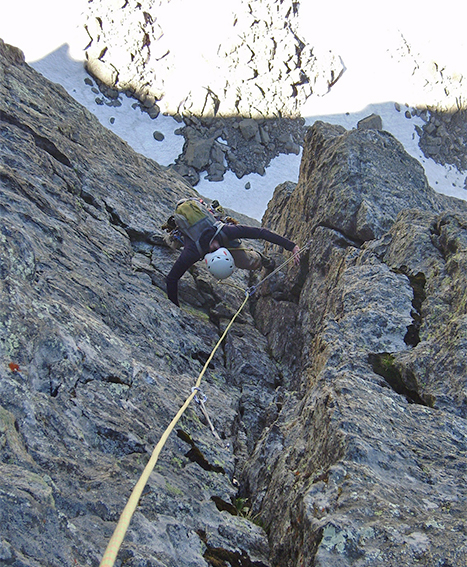