October is a great time to climb in the Moab area.  The weather is generally good and the temps are perfect.  Unfortunately most of Colorado also knows this and heads for the desert every fall weekend.

I met Sean at a coffee shop on Monday morning and we decided to hike up to Castleton and climb the classic Kor-Ingalls route.  Sean and I got to know each other as we hiked up the talus cone to the tower.  Four pitches of great climbing put us on the top of the tower, which was Sean’s first desert tower.  The next day we climbed at Indian Creek which is the most famous crack climbing area in the world.  Known for it’s clean parallel cracks, it’s a great place to practice crack climbing technique, whether you climb 5.13 or 5.9.
On our last day we climbed the incredible Ancient Art, made famous by the Citi Bank commercial.  With a team of 3 in front of us and a team of 4 behind it was a little clustered.  At one point all 9 of us were on one belay ledge!

Sean it was great climbing with you!  Hope to see you soon! 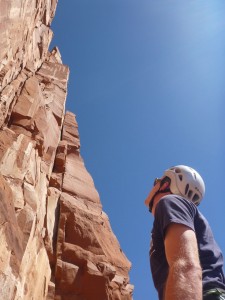 At the base of Kor- Ingalls. 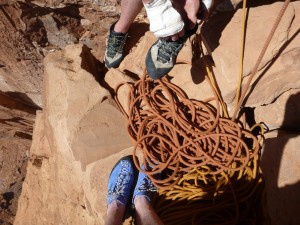 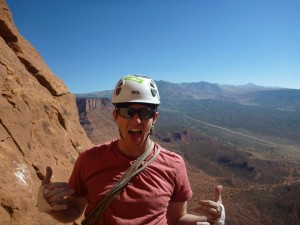 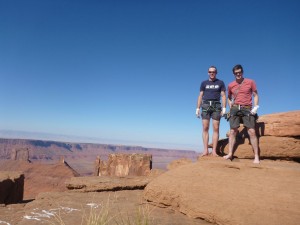 Sean and I on top of Castleton. 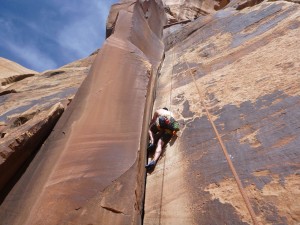 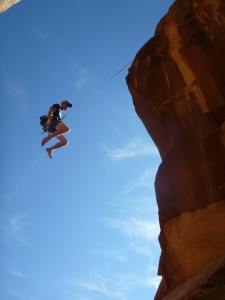 Lowering off of Ansaid Tower. 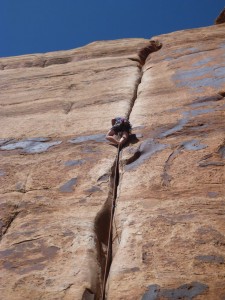 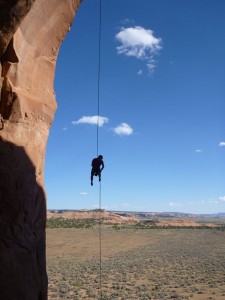 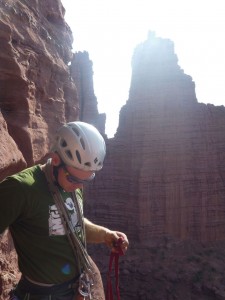 On Ancient Art with Cottontail in the background. 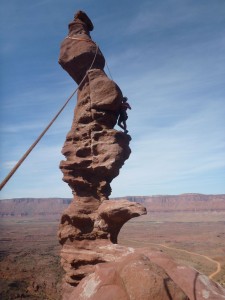 The Corkscrew on Ancient Art.