Backpacking and Peak Climbing in the Weminuche

Nate and his mother Terry came out from Boston to see some western sights.  After they visited the Grand Canyon and Mesa Verde, we went backpacking in the Weminuche Wilderness.  I have to say that is a grand-slam tour if I have ever heard of one.  We took the train up from Durango to Elk Park and hiked up to a beaver pond where we were pleasantly surprised to find a friendly mother moose and her two calves.  Terry spent the afternoon watching to moose while Nate and I made the hike up to Vestal Basin.  The next day we hiked over the Continental Divide to Kite Lake.  The 12,800′ that we reached that afternoon was the highest elevation that Nate or Terry had ever been and they both performed impressively.  With no moose to hold our attention we entertained ourselves with a deck of cards.  Nate and I quickly discovered that Terry was a master of the game “Champion” and couldn’t be beaten.  We hiked to the Highland Mary Lakes the next night and were surprised to see some lamas and a herd of sheep.  The two sheep dogs came down to visit us and beg for food.  Unfortunately for the dogs all they got were some pets.  We decided that the scheduled hike for the last day was a little too short so we called our shuttle driver Bill on the satellite phone and adjusted the pick up place and time.  This change of plans later caused us to get caught in the worst hail storm I have ever been in.  Luckily the amazing views that we encountered while hiking our new route were well worth the painful hail.  It was a pleasure to hike and camp for four days with Terry and Nate and I hope to see them again in the future.

Near the headwaters of Elk Creek.

On the Continental Divide 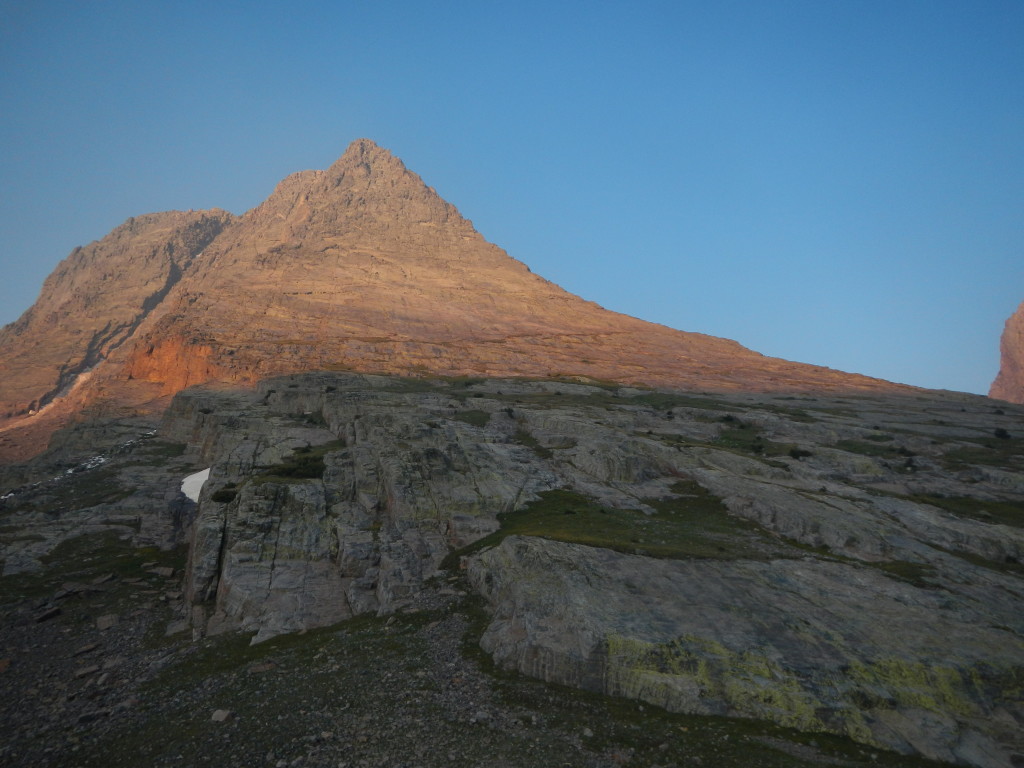 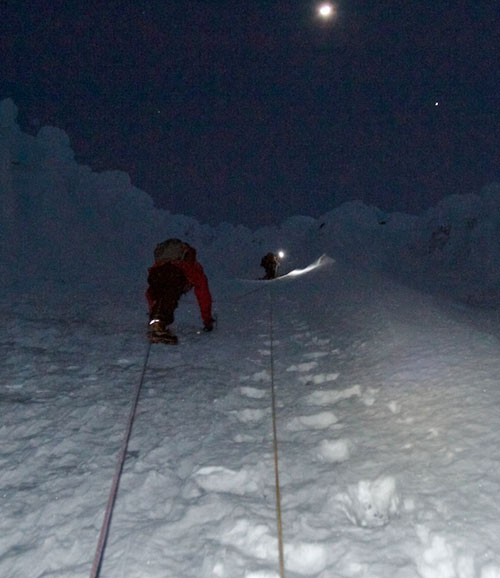